This is our flagship high-performance PC based on Intel’s latest X299 chipset and LGA2066 architecture. For customers who demand the highest performance combined with minimal running noise, look no further. 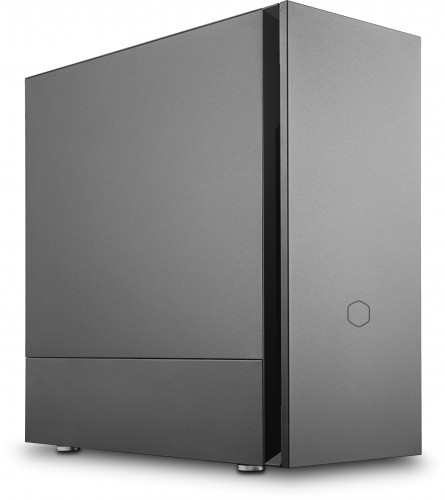 When you need ultimate performance, the X490 has it

Intel’s mainstream based processors offer tremendous power and value for money, but for demanding customers, there’s another choice - the LGA2066 platform. Aimed at PC professionals, enthusiasts and the PC server market, Intel’s Skylake-X Refresh architecture offers performance like no other. As the saying goes, it’s the best that money can buy. Of course technology like this doesn’t come cheap, but if you have a specific reason to demand the most powerful processing available, choosing a Skylake-X machine will pay dividends over and over.

Our finest workstation PC is based on Intel’s latest X299 chipset and LGA2066 Skylake-X Refresh processors. The X299 platform demands the use of DDR4 memory which represents the biggest leap forward in memory performance in several years. This, combined with an unprecedented number of processor cores, gives speed in spades. We can’t promise you the world’s most frugal PC, but we can promise you best-of-breed PC component technology picked from the world’s leading brands including Intel, ASUS, Corsair and Samsung.

Living with a monster

Although it offers monster performance, the X490 is surprisingly easy on the eye. The chassis framework is made from high strength steel and is housed within an understated chassis which is both elegant and highly practical. The chassis features acoustically lined panels so you can be assured of quiet running. Unlike many big-name PC manufacturers, we pay careful attention to thermal design engineering and our PC systems are built accordingly. Just because it’s a high performance system, we don’t assume that it’s going to be packed away in a noisy server room where acoustic performance is irrelevant. We don’t offer the X490 in a fanless configuration because its processors run too hot to allow a fully passive cooling system to be used, but we do offer highly efficient and noiseless air cooling, and under normal circumstances you won’t be able to hear that the PC is even switched on.

The perfect mix of horsepower and usability

As an example of a ‘heavy lifting’ PC which is clearly so focused on raw processing performance, you might expect it to be a little user-unfriendly in some areas. It’s true that the processor doesn’t have built-in graphics so the PC needs its own dedicated graphics card. This isn’t necessarily a bad thing but some customers might find it surprising given that Intel has been really pushing on-die CPU graphics in recent years. However, for the LGA2066 chips, their gargantuan amounts of cache memory and number of processor cores mean that there simply isn’t room to include a GPU on the processor silicon.

Using a discrete graphics card opens up a world of options, from economical fanless cards with multiple outputs to dual or even triple high-end 3D graphics cards setup in SLI or Crossfire configuration, graphics performance is as equally as impressive as processor performance, And because we use a Intel’s latest processors the X490 supports up to 44 PCIe lanes, to provide even more bandwidth between the motherboard and connected devices.

For high-intensity computing tasks, we offer DDR4 memory configurations up to 128GB in size. Never has such performance been available at such a low price.

When specifying your new PC’s storage options using our system configurator below, you will be offered a choice of drives which vary by price and capacity. There are two primary types of storage. A conventional hard disk drive (HDD) offers huge storage capacity for a low price, but it won’t be especially fast and it will generate a certain amount of running noise since it contains a constantly-rotating spindle. A solid state (SSD) or a M2 drive on the other hand, offer tremendous speed and absolutely silent operation, but they cost more than an HDD for any given capacity.

So if you need a lot of storage space (for videos or large quantities of digital photos for example), then we would recommend an HDD. On the other hand, if you prefer silence and speed (especially boot-up speed), then an SSD or M2 drive would be a better choice. Of course you can have more than one drive, so you could have the best of both worlds by choosing one of each! We recommend that customers chose an SSD or M2 drive as a boot drive that contains the operating system and important programs and a conventional HDD to store other data, but remember that if you intend to have a totally silent PC you might want to forgo the HDDs all together as they will make some noise due to their moving parts.

The price of many pre-built PCs these days is often supported by cash kickbacks from software companies who pay hardware manufacturers to pre-install limited or trial versions of their software and then hope that the customer pays to upgrade to the full version. The downside to this approach is that the new PC comes pre-loaded with a lot of “junkware” which bloats the operating system and can cause severe performance degradation.

Here at Quiet PC we believe that customers have every right to expect the best possible performance from a brand new PC, so every system we build comes with our Clean Build™ promise. We install the operating system (if you order one), motherboard drivers, OS updates and Windows Security - that’s it. You won’t be pestered by pop-ups and nag screens and you can get on with using your new PC immediately without having to uninstall lots of junkware first. Your new machine will boot in super-quick time and will stay running quickly for many months and years to come.

We offer free hardware technical support for as long as you own the machine. This support covers any hardware query or problem, including advice on maintenance and upgrades. We regret we can’t offer software support or training so we would recommend contacting the software vendor in this instance.

Our hardware warranty runs for at least two years and is “collect and return” meaning that you don’t need to worry about getting the machine back to us - we will instruct our courier to collect it from you on a day of your choosing, then after we have checked and repaired it we will send it back to you by express courier at our expense. In addition, unlike many other PC suppliers, we have an “open-case” policy which means you are free to open the machine and perform your own minor modifications or upgrades without worrying that your warranty might be affected.